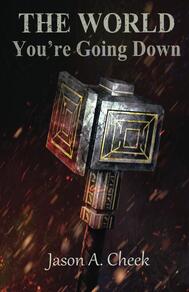 Jason only has a handful of days left to complete his Nightmare quest. While running recon on his people’s ancestral home, he discovers that failing his Nightmare quests means more than just losing his NPCs; it means the fall of the entire region. To stop the wave of destruction and complete his quest, Jason will have to find a way to take on a horde of goblins numbering in the thousands.

If that wasn’t challenging enough, Jason’s longtime nemeses are making their move to take over the server.